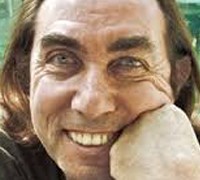 (Excerpted from Pen Densham’s free eBook – link to download the whole book at the bottom.)

Our media business involves a zillion layers of invention, including every craft and art seen credited on those end-title crawls. Each credit connotes an innovator and creative problem-solver bringing his or her talent to bear in the creation of movie magic. 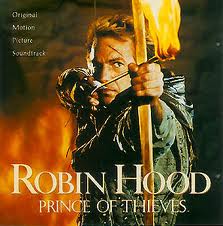 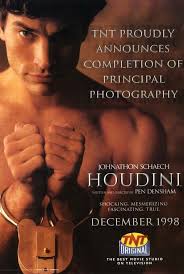 Across the spectrum of vocations, whether you’re an actor, writer, director, inventor, chef, computer programmer, research scientist or, God help us, a weapons creator—we struggle with the process of bringing forth what has never existed through the mysterious process called creativity.

For many, this exploration toward the ultimate joy of accomplishment has a cost: anxiety!

I share these thoughts, aware of how ignorant I am of the true spectrum of your inspiration process. Which I consider pretty close to sacred. I want to dialogue “with” you and not at you. Please ignore everything here that goes against your instincts.They are usually right!

My observations come from the privilege of a longish career. A few wild, giant successes and many rejections (many!) Experiences that have given me the one thing I didn’t have when younger – “perspective”. I have discovered the scripts I’ve written from the heart have gotten them made more frequently than the projects the studios paid me to write. But, as an artist and businessman I have never been far from the pain of uncertainty, when attempting to make concrete what has flitted around inside my head. 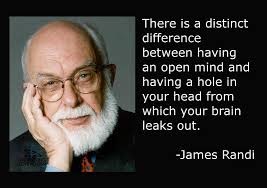 As a curious young documentary filmmaker, I explored some amazing game-changers in various fields. Like revolutionary Media Guru Marshall McLuhan, Master Magician and Psychic debunker The “Amazing” James Randi. Brilliant Canadian Architect Raymond Moriyama. Malcolm Bricklin, the car entrepreneur who built a gull-wing sports car before Delorean. Toller Cranston, the first international figure skater to perform his sport as Ballet on ice and not just muscular gymnastics – and my own mentor, Norman Jewison, who’s list of amazing films is humbling. People who have the habit of pushing beyond the limits in their fields.

What did I learn? They have a universal sense to think freely and uniquely outside their current boxes, but it didn’t prevent stress and outside criticism. They cared so much about their goals that despite the negatives they headed where their guts told them. It was infectious. I don’t think of myself as particularly gifted… More a dreamer and not a great employee, but they made me feel that pursuing my own dreams was possible.

I HAVE NEVER ESCAPED STRESS

It comes from our imaginations trying to help us define the future – but without any compass for that untrod path. Stress is normal, it evolved alongside the imagination as a protective problem solving mechanism, igniting our body’s fight or flight system. A kind of psychic radar, bouncing negative things out and reflecting on how we might defend against them. But, when it is not attached to solving a real issue, it can bounce all over the place, unnerving us in the process. 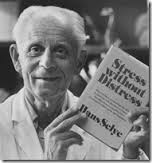 I saw the world’s most renowned stress pioneer speak. The late Dr. Hans Selye. He stated that being mugged or experiencing a surprise birthday party can create an identical adrenaline rush. Heart rate increases. Tension tightens. Breathing speeds up. But, in the mugging, the effect is felt as fear and the birthday surprise, as joy. – “Anxiety” when it is in the service of something we value is embraced as “Excitement”.

Selye said, our adrenalin glands disturb us less when we are impassioned, pursuing goals that fascinate us. Even more strongly if we feel those goals benefit others! 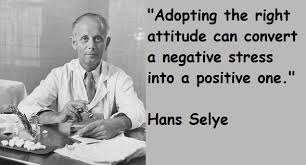 Alternately, working on projects that are against my nature. (Maybe I sold out a little?) – Trying to cash in on someone else’s goal can be painful. I have done it as a writer.And it was like trying to pluck words out of my flesh. I didn’t like the end result and failed to have the incentive to fight for it.

When I am going in the direction my instincts support, the fear of failure is still there – but mitigated with the magical excitement of discovery.

The essential part of creativity is not being afraid to fail.
-Edwin H. Land

DOWNLOAD A FREE COPY OF PEN DENSHAM’S 20 SECRETS FOR SUCCESS. 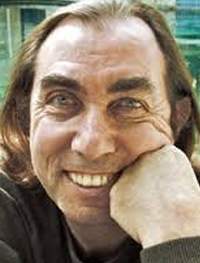 Pen Densham rode into the movies at age 4 on a live alligator and started a life-long love of cameras and story. Pen produces, writes, directs (2 Oscar Nominations and over 60 other awards.) He is partnered in the Trilogy Entertainment Group with John Watson – their breakthrough hit was ROBIN HOOD: PRINCE OF THIEVES, and they made 16 other features such as MOLL FLANDERS (which Pen wrote and directed), BACKDRAFT, TANK GIRL, HOUDINI and Trilogy’s 2013 feature, PHANTOM submarine thriller starring Ed Harris, David Duchovny and William Fichtner. Pen also revived The Outer Limits and The Twilight Zone series.

Education and Inspiration for Writers of Speculative Fiction

Next weekend (Jan. 27-29) is the 2017 Genre-LA™ Creative Writers Conference in Culver City, California, (location details) where more than 30 published masters of the genre, literary agents, editors, publishers, best-selling authors, industry experts, Hollywood veterans, educators, and publishing professionals will share their experiences and secrets to help take your writing to the next level and guide your career on the path to success.  Save up to $100 on a Single Registration: http://www.wcwriters.com/club.

Get inspired and learn how to take your writing to the next level with this Now Write! Science Fiction, Fantasy, and Horror panel, Friday, Jan 27, 5:45-6:45 immediately followed by networking cocktail party at the Conference.  Have fun taking your imagination where it needs to go to write effectively in these mind-bending genres.

Special guest Pamela Jaye Smith, award-winning producer/ director/author and mythology expert.  She will discuss how to use myth, magic and metaphysics in your stories.  Let her be your guide into the geography and psychology of these other realities and learn ways to use them to give your stories internal integrity and unique power. 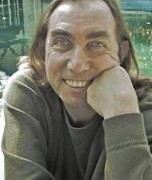 As the host/moderator for International Screenwriters Association for the last 2 years, I’ve had the pleasure to learn firsthand from some very talented and inspiring professionals.  Many of them were contributors to Now Write! Screenwriting, Now Write! Science Fiction, Fantasy and Horror (Feb. 2014) or both.  Here I’ve compiled all the Now Write! contributor podcasts to share.  – Laurie Lamson

The Craft of Writing For TV and Film with Pen Densham (Now Write!  Science Fiction, Fantasy and Horror.)

A lively conversation with two-time Oscar nominee Pen Densham about his experiences and the insights he’s gained from working in the entertainment industry as a writer, director and producer.  We also talk about the craft of writing for film and TV and take listener questions about Pen’s career and about his book Riding the Alligator: Strategies for a Career in Screenplay Writing.

Learn what to expect once you make your way into the Hollywood trenches.  Christine discusses what it’s really like to be a working screenwriter in Hollywood, including the nuts and bolts of what to expect when you’re hired by a producer, how to manage the relationship and respond to script notes.

Film Genre for the Screenwriter with Jule Selbo (Now Write!  Science Fiction, Fantasy and Horror.)
Film Genre is an important aspect of the film narrative. It is important for the screenwriter to understand film genre’s place in the story so that he or she can deliver on audience expectations – and maybe even move the screenwriting form forward.

You’re hundreds of miles from Hollywood, California. Or maybe you’re just around the corner, but it seems far away. You want to break into the film business. But how? This class gives you a road map to get you from here to there. With Barri Evins. Barri has taught at Pixar, DreamWorks Animation, the UCLA Producers Program and the American Film Institute.

(Note: I personally took Barri’s seminar mentioned in the podcast and it was FANTASTIC! – Laurie)

Clear and Tight Writing with Will Akers (Now Write! Screenwriting.)

Crushing to learn:  nobody wants to read your stuff, unless it’s your mom.  You are duty bound to give the reader a document that is 1.) clear and 2.) easy to read.  Will Akers will show you how to clean up that first draft. Will has written scripts and series television for studios, independent producers, and television networks. He is Chair of the Motion Pictures Program at Belmont University.

Daniel Calvisi and William Robert Rich, hosts of the Story Maps Screenwriting Podcast, will break down and discuss THE SHAWSHANK REDEMPTION with a beat-by-beat structural analysis that explores its classical structure, as well as the non-traditional elements that break from the Hollywood norm.

Devorah Cutler-Rubenstein breaks down her critical evaluation checklist geared towards helping you see if you are truly ready to put your story out there. Bonus discussion: Insider tips on getting yourself ready for that all-important meeting, pitch, and elevator moment.

Brad has written for all media, done consultations for worldwide clients when he was V.P. at Chris Vogler’s Storytech, and has been writer-producer for PBS. Brad created the series North Mission Road, which ran six seasons on truTV.

I’ve been the host for International Screenwriters’ Association teleconferences for the last 17 months and I love sharing my passion for screenwriting, and writing in general, with my fellow writers.  These exclusive FREE teleconferences are only available from I.S.A.  Many of the talks are relevant for dramatic/narrative writers in any medium.

I had the opportunity to speak with one of my favorite writing teachers, John Truby, about the Oscar-nominated scripts from 2012.  It was a pretty exciting year and a great conversation.  (BTW John’s book The Anatomy of Story belongs on every writer’s shelf as much as the Now Write! books do.)  Listen here.

In the last few months I’ve also had the chance to chat with a few contributors to the upcoming next book in the Now Write! series: Now Write! Science Fiction, Fantasy & Horror:

Most recently, I had a truly informative talk with Jule Selbo, PhD about Film Genres.  This conversation is very relevant for anyone interested in genre writing, not just screenwriters.  We discussed everything from romantic comedy to crime, thriller, action and horror, and how various genres can be combined effectively. Listen now.

I was also lucky enough to speak with Pen Densham about his experiences working in the entertainment industry as a writer, director and producer responsible for the revivals of The Twilight Zone and The Outer Limits, TANK GIRL, ROBIN HOOD: PRINCE OF THIEVES and much more.  We also talked about the craft of writing for film and TV.  His book, Riding The Alligator offers terrific insight, encouragement and inspiration for writers in any medium.  Listen now.

Christine Conradt wrote BETRAYED AT 17, THE PERFECT NANNY and about 40 other made-for-TV and independent movies.  We had a lot of fun discussing what to expect in the Hollywood trenches – what it’s really like to be a working screenwriter in Hollywood, the nuts and bolts of what to expect when you’re hired by a producer, how to manage the relationship and respond to script notes.  (Christine also contributed a terrific exercise to Now Write! Screenwriting.) Listen now.