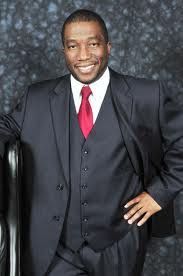 Michael Ajakwe was an Emmy-winning writer, producer and director, as well as a produced and published playwright.

His credits are too numerous to list, so I invite you to explore his IMDB page.

I met Michael at a film industry meet called Coffee Chatter and we quickly became friends.  I greatly admired his always-positive, can-do attitude, and truly appreciated his encouragement.

When we met, Michael was making his hilarious web series “Who…”  (now adapted as Beauty and the Baller on BET.)

I watched in amazement as his next move was to create L.A. Webfest.  He generously offered me a pass and I attended all day every day of the first fest.  He put together quite a program, including a wide range of web series and panels.  I learned a lot and enjoyed discussing some of the web series with him over the years. I was so happy to see the festival grow, and some of my friends win awards.  I also appeared on one of the panels as a moderator.

(If you’re a web series creator you may want to check out the Web Series Network on YouTube, where you can find lots of informative interviews and roundtables with Michael and others.) 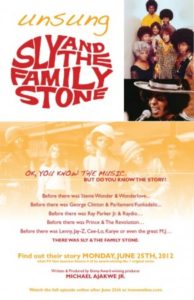 I hung out with Mike several times when he was working on his Unsung episodes and organizing the webfest, so I got to witness first-hand his incredible work ethic. He was truly a man with a mission and I will never forget how inspired I always felt around him.

I attended the screening party of his first Unsung episode about Deniece Williams.  It was fantastic.  He was such a compassionate filmmaker and storyteller, and had an enviable network of supportive friends and colleagues in attendance.

Over the years, Michael became more and more in demand, and I deeply regret not having the chance to see him one last time in the past few years.

Being unaware of his illness, I was truly heartbroken to learn of his death on May 31.

What a painful reminder how important it is to stay in touch with people we care about.

I take some comfort in knowing he had his wife Tammy by his side.  My prayers and condolences go out to her, and all Michael’s friends and family.

As he was preparing for the third Webfest in 2012, Michael took a break so I could interview him for my Soul Connect podcast (see below.)  Listening to this interview again, I was deeply moved to be reminded of his greatness, his vision, his warmth and generosity.  What a beautiful spirit.

Michael, I’m so grateful to have known you.  You are missed – by many.